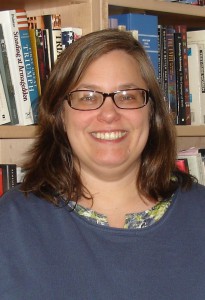 Associate Dean of the Faculty, Professor of History

Sara Dubow graduated from Williams in 1991, and received her Ph.D. from Rutgers University in 2003. Before joining the Williams History department faculty in 2007, she taught at the Brearley School, Hunter College High School, and Hunter College. Her research and teaching interests examine the intersections of gender, law, and politics in 20th century U.S. history. Her book Ourselves Unborn: A History of the Fetus in Modern America was published in 2011 by Oxford University Press.

Zoë Fisher ’21 – Poverty Law Eroded: the ACLU, the Welfare Rights Movement, and the Judicial ‘Denigration of the Pauper’

Rachel Schwartz ’17 – “Serving with Pride and Dignity”: Women in the U.S. Military at the Transition to the All-Volunteer Force

Paige Whidbee ’15 – ‘Inimical to the Cause of American Liberty’: The American Government’s Treatment of Neutrals in Revolutionary Philadelphia

Alison Pincus ’12 – The Mark of Reliability?  A Documentary Study of the Closing of the Sprague Electric Company Facilities in North Adams, MA

Anne Kerth ’11 – Missouri Compromised: The Missouri Democrat and the Buildup to the Civil War, 1856-1861