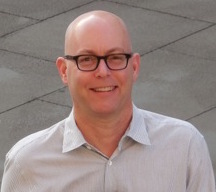 Chair and Professor of History

Soccer and History in Latin America: Making the Beautiful Game (not offered 2022/23)

Latin America From Conquest to Independence (not offered 2022/23)

Approaching the Past: National, Transnational, and Postcolonial Histories

Democracy and Dictatorship in Latin America

Roger Kittleson’s teaching ranges across Latin American history from the European invasion to the present, with a special interest in political and cultural history in the nineteenth and twentieth centuries. His second book, The Country of Football, focused on the construction of identities in Brazilian soccer from the 1890s to the eve of the 2014 World Cup. Looking particularly at debates over strategies and styles of play, the book examines the links between race and modernity in Brazil, as well as the centrality of soccer to national culture. Roger’s current project, “Making and Selling Men in Brazilian Football,” analyzes the training that male soccer players receive as they move both geographically and chronologically through their professional careers and into retirement. His previous work centered on political ideas in southern Brazil, from the close of one civil war in 1845 to the outbreak of a second in the 1890s. In addition to surveys on colonial and modern Latin American history and on modern Brazil, his courses include a 100-level seminar on soccer and history across Latin America; an upper-division class on democracy and dictatorship in Latin America; a 301 seminar on methods and theories of international and transnational history; a research seminar on slavery, race, and ethnicity in Latin American; and a tutorial on revolutionary thought in the region’s history

“Fausto dos Santos: The Wonders and Challenges of Blackness in Brazil’s ‘Mulatto Football’,” in Football and the Boundaries of History, edited by Brenda Elsey and Stanislao Pugliese. Palgrave Macmillan, 2017.

The Country of Football: Soccer and the Making of Modern Brazil.  University of California Press, 2014. (Awarded the Warren Dean Prize by the Conference on Latin American History in 2015.)

The Practice of Politics in Post-Colonial Brazil: Porto Alegre, 1845-1895. University of Pittsburgh Press, 2005.

“Women and Notions of Womanhood in Brazilian Abolitionism.” In Gender and Slave Emancipation in the Atlantic World, edited by Diana Paton and Pamela Scully. Duke University Press, 2005.

“The Paraguayan War and Political Culture in Rio Grande do Sul, Brazil, 1865-80.” In I Die with My Country: Perspectives on the Paraguayan War, edited by Thomas Whigham and Hendrik Kraay. University of Nebraska Press, 2004.

“‘Campaign All of Peace and Charity’: Gender and the Politics of Abolitionism in Porto Alegre, Brazil, 1879-1888,” Slavery and Abolition (December 2001).

James FitzGerald ’21 – The Consistent Chameleon: Getúlio Vargas and the Roots of Environmental Conservation in Brazil

Giulia McDonnell Nieto del Rio ’18 – The Intersection of Spanish and Mexican Identities: Spanish Republicans and Their Testimonials of Exile in Mexico
(with Soledad Fox)

Kristen Sinicariello ’13 – Reconciliation without Justice:  The Politics of Memory in Post-Dictatorship Uruguay

R. Alexander Dyroff ’10 – Influence and Impotence: Multinational Corporations and the US Government in Guatemala and Chile

Lizzie Gomez ’08 – The Puzzle of a Revolution: Sendero Luminoso’s Guerilla War in the Peruvian Highlands

Adriel Cepeda-Derieux ’05 – With the Joint Efforts of All Men of Good Will: Cuba and Puerto Rico in the Cuban Revolutionary Party, 1892-1898