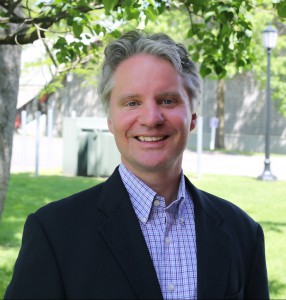 The Veil: History and Interpretations (not offered 2022/23)

Approaching the Past: The Use and Abuse of History

Iraq and Iran in the Twentieth Century (not offered 2022/23)

Crescent, Cross, and Star. Religion and Politics in the Middle East (not offered 2022/23)

Happy Holidays! A Comparative History of Commemorations and Festivals (not offered 2022/23)

The Big Ideas: Intended and Unintended Consequence of Human Ambition

Magnus T. Bernhardsson specializes in the modern Middle East, specifically the political and cultural history of Hashmite Iraq (1921-1958). After earning his B.A. degree in theology and political science at the University of Iceland, he came to the United States and completed a masters degree in religion from Yale Divinity School in 1992. After a year in Syria studying Arabic, he returned to Yale and finished a Ph.D in Middle Eastern History in 1999. Prior to coming to Williams in 2003, he taught at Hofstra University for four years. He is the author of several books and edited volumes including Reclaiming a Plundered Past. Archaeology and Nation Building in Modern Iraq (Texas, 2005). He is currently researching and writing a book called History be Dammed! which is about hydro-electric dams in the Middle East and how they have impacted and destroyed historical sites.

Reclaiming a Plundered Past. Archaeology and Nation Building in Modern Iraq (Austin: University of Texas Press, 2005).

Kenneth Thomas Marshall ’20 – Fighting the Jihad of the Muslims: Al-Sulami’s Kitab al-Jihad and continuity in Islamic thought during the “counter-Crusade

Ian Concannon ’19 – Williamstown and the Peacock Family Throne: Constructing Meaning from the Exile of the Iranian Royal Family
(with Karen Merrill)

Nicholas Tyson ’14 – Atatük and the Turkish Language Reforms:  One Man’s Vision and the Future of a Nation

Galen Jackson ’09 – Militarized Democracy: The American Reactions to the Coups in Turkey

Si-Hyun Woo ’09 (with Eric Goldberg) – Scripture and Tradition:  A Rappprochement of the Reformations

Zachary Ulman ’06 – What Kind of Israel Do We Want? Israel’s Existential Crisis and Battle Over Rabins Legacy

Sarah Whitton ’05 – Fighting the Dead Hands of Sarah. Premillennialists, Arabs and Islam from Balfour to Babylon