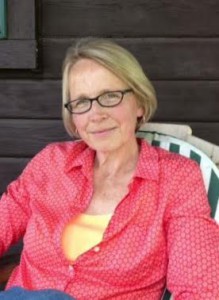 The Petroleum Age: A Global History

Sites of Memory and American Wars

Karen Merrill is an historian of modern America, with general interests in the political history and political economy of the twentieth-century United States and with specific interests in the American West and environmental history.  After receiving her B.A. in History from Oberlin College in 1986, she went on to receive her M.A. in English and Creative Writing from the University of Denver, and later her Ph.D. in History from the University of Michigan.  Her book, Public Lands and Political Meaning:  Ranchers, the Federal Government, and the Property between Them, won the Robert G. Athearn Award from the Western History Association in 2004.  In 2007 she published The Oil Crisis of 1973-74: A Brief History with Documents and from 2007 to 2010 was Dean of the College at Williams.  She has written and commented extensively on the history of public land and natural resource use in the United States; she is currently researching the work of environmentalist, Margaret “Mardy” Murie (1902-2003) and Murie’s network of wilderness preservationist colleagues from the 1950s through the 1980s.

“The Risks of Dead Reckoning:  A Postscript on Oil, Climate Change, and Political Time,” Journal of American History, June 2012

Public Lands and Political Meaning:  Ranchers, the Government, and the Property Between Them (Berkeley: University of California Press, 2002), awarded the Robert G. Athearn Award from the Western History Association, 2004

Christopher Zaro ’19 – The Roots of Roses: Pasadena’s Identification with the Home and the Maximization of Local Control

Ian Concannon ’18 – Williamstown and the Peacock Family Throne: Constructing Meaning from the Exile of the Iranian Royal Family
(with Magnus Bernhardsson)

Aglaia Ho ’17 – A Tale of Two Communities: Evaluating the Identity of Forest Hills, NY During the Twentieth Century

Ananda Venkata Burra ’07 – Empires and Communism:  The Creation of an American Public Discourse on Decolonization in the Late 1940s

Allegra Funsten ’07 – Nantucket During the War of 1812:  Quakers, Whalers, and Political Parties

Amanda Stout ’04 – Breeding Hope: Science, Philanthropy, and the History of Mount Hope Farm, co-winner of the Turner Prize in History