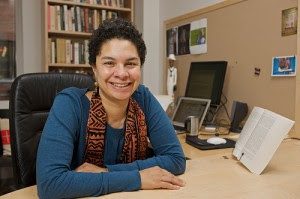 Dean of the College, Frederick Rudolph '42 - Class of 1965 Professor of American Culture

Approaching the Past: The American Civil War (not offered 2022/23)

“’I Studied and Practiced Medicine without Molestation’: African American Doctors in the First Year of Freedom,” Chapter in edited collection, Precarious Prescriptions (forthcoming in Spring 2014, University of Minnesota Press).

Review of Becoming Free Remaining Free: Manumission and Enslavement in New Orleans 1846-1862, in the December 2004 issue of the Journal of American History.

Review of Intensely Human: The Health of the Black Soldier in the American Civil War in the November, 2009 issue of the Journal of Southern History.

Review of Sick From Freedom: African-American Illness and Suffering During the Civil War and Reconstruction forthcoming in the Summer 2014 issue of the Bulletin of the History of Medicine.

Meadhbh Ginnane ’21 – ‘To do this through a simple maid’: the Rehabilitation of Joan of Arc’s Image in Fifteenth-Century France (with Peter Low)

Courtney Alexander ’13 – In Spite of It All:  Sexuality and Motherhood in Harriet Jacobs’ Incidents in the Life of a Slave Girl