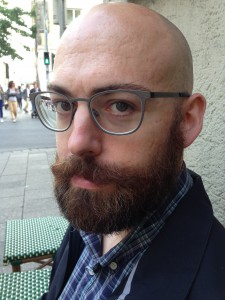 Eric Knibbs is a historian of the Middle Ages, with particular interest in early medieval canon law and the phenomenon of medieval forgery. He received his Ph.D. from Yale in 2009, and has done postdoctoral work at the University of Pennsylvania in Philadelphia and the Ludwig-Maximilians-Universität in Munich. He is the author of Ansgar, Rimbert and the Forged Foundations of Hamburg-Bremen (Farnham: Ashgate, 2011), which argues that most of the early documentation for the archdiocese of Hamburg-Bremen, a fixture of German historical scholarship that has long been viewed as fundamental for the history of Christianity in Scandinavia, is either forged or falsified. In fact the archdiocese emerged much later than scholarship has assumed, and our understanding of Frankish expansion and missionary history during the reign of Louis the Pious (814–840) has been accordingly distorted.

His current research focuses on the extensive and notoriously difficult legal forgeries associated with Pseudo-Isidore. Concocted in the ninth century, the fake laws of Pseudo-Isidore remained undetected until the early modern period, and exercised incalculable influence on the legal tradition of Roman Christianity. By studying the sources of the forgeries, their early manuscript tradition and the broader political and religious context in which they emerged, he hopes to shed new light on the identity of the forgers, the context of their work, and their enormous significance for early medieval history.

Laura E. Berman, ’15 – Henry VI and the Fall of the Lancastrians

AJ Solovy, ’15 – In Search of the Extraordinary: Defendant Psychology at the 1947-1948 Einsatzgruppen Trial

Philip von Hahn, ’15 – Charlemagne and the Politics of Biography in the Ninth Century

Hannah Kaemmer, ’13 – Hall Overhaul:  The English Gentry and Their Great Halls at the Turn of the Sixteenth Century

In response to COVID-19, activities and programs at Williams are canceled or postponed until further notice. See information and updates on Williams COVID-19 response.