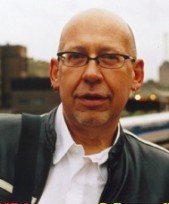 Victorian Britain and the Anglo-Afghan Wars (not offered 2022/23)

Queer Europe: Sexualities and Politics since 1850

Chris Waters is Hans W. Gatzke ’38 Professor of Modern European History. He received his BA in History from California State University, Long Beach and his MA and Ph.D. from Harvard University. He joined the History Department at Williams in 1989, where he has been teaching courses in modern British history, modern European history, gender and sexuality, and the philosophy of history. He has been an Andrew W. Mellon Postdoctoral Fellow in the Humanities at Stanford University and a fellow at the National Humanities Center in North Carolina and the Wellcome Trust Centre for the History of Medicine at University College, London. He is a fellow of the Royal Historical Society and has served as vice president and president of the Northeast Conference on British Studies and director of the Williams-Exeter Programme at Oxford University. He is the author of British Socialists and the Politics of Popular Culture, 1884-1914, co-editor of Moments of Modernity: Reconstructing Britain, 1945-1964, and author of some thirty articles on various aspects of nineteenth- and twentieth-century British social and cultural history. His recent work focuses on the history of sexuality and the making of the modern self in Britain and he is currently at work on a book tentatively entitled “Queer in the Fifties: Three Lives”. His most recent sabbatical from Williams was spent in part as a Visiting Fellow at La Trobe University in Melbourne, Australia.

“Wilde in the Fifties”, in Kate Fisher and Rebecca Langlands, eds., Sex, Knowledge and Receptions of the Past (Oxford: Oxford University Press, 2014).

“Beyond ‘Americanization’: Rethinking Anglo-American Cultural Exchange between the Wars”, introduction to an edited, special issue of Cultural and Social History 4 (December 2007), 451-9.

Nineteenth and twentieth-century Britain.
History of sexuality.
Race and national identity in Britain.
Collective memory and the national past.
Philosophy of history.

Andrew Wallace ’19 – The Eldest Daughter of the Church: France, the Vatican, and the Memory of the Great War

Cleo Nevakivi-Callanan ’16 – From Farewell to Welfare: Class Conflict, Social Policy, and Myth Formation During the Child Evacuations in Wartime Britain

Perry Osgood ’15 – A Song for Britain: The Eurovision Song Contest and the Cultural Politics of Popular Music in the United Kingdom, 1956-1979

Jennifer Potvin ’11 – Scaling the Wall: Division and its Opposition in Nicosia, Cyprus

Katie Johnson ’09 – Maleficent Eden: French Views of America and its Cultural Products in the Interwar Years

David Mathias ’08 (with Eric Goldberg) – The Pauper and the Peasant:  Poverty and Class in Carolingian Europe

Will Curtiss ’07 – Manufacturing Legitimacy: The Czechoslovak Exile Government in London, 1939-1945