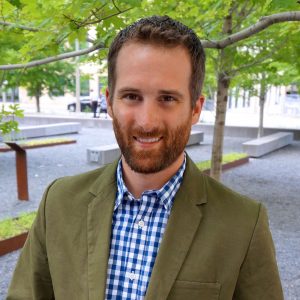 Religion and American Politics (not offered 2022/23)

Casey Bohlen received his PhD in History from Harvard University in 2016, and taught at Bucknell University before joining the Williams faculty in 2019. His current book project is a history of the 1960s religious left, tentatively titled Back to the Garden. It explores the centrality of religious ideas and institutions to the social movements of the mid-20th century, analyzing the origins and impact of a range of interfaith activists — from Catholic nuns who staged sit-ins in the streets of Chicago to protest segregation, to the rabbis and ministers who ran the nation’s largest illegal abortion referral service. More broadly, Casey’s scholarship and teaching focus on the history of American religion, modern U.S. politics and social movements, and intellectual history.

Please visit the Covid-19 website for the latest information, including details about vaccination, testing and mask requirements, and policies for off-campus visitors.