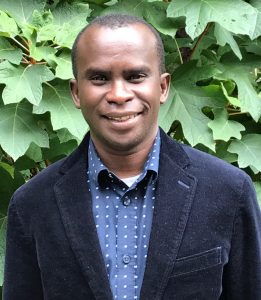 Race and a Global War: Africa during World War II

The Making of Modern Africa

A History of Health and Healing in Africa

Media and Society in Africa

Benjamin Twagira is a historian of modern Africa. His primary research interest is African social history with special emphasis on modern East Africa and 20th century urban Africa. Currently he is working on a book manuscript examining the social history of militarized Kampala, the capital of Uganda, between 1966 and 1986. His other research projects explore the intersections between postcolonial military rule, gender, and health and healing in urban East Africa. At Williams he teaches survey courses on African history, as well as thematic seminars in African history on health and healing, religion, the environment, urbanization, and soldiering.

Prior to coming to Williams, Twagira was based in Atlanta where he held the position of assistant professor at Agnes Scott College, and before that a post-doctoral fellowship with the Institute of African Studies (IAS) at Emory University. He completed his Ph.D. in history at Boston University and a B.A. at La Roche College.