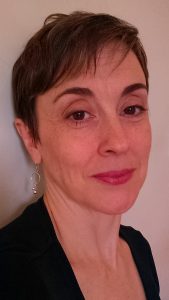 Professor of History and Chair of Asian Studies Program

The People's Republic: China since 1949

Gender and the Family in Chinese History (not offered 2022/23)

Anne Reinhardt specializes in the modern history of China.  Her first book, Navigating Semi-Colonialism in China, examines Western and Japanese imperialism in China through steamship transport networks, addressing issues of sovereignty, economic development, and social space.  Her current book project Cultures of Capitalism in China and India, compares the role of nationalist entrepreneurs in processes of decolonization in mid-twentieth century China and India. She has conducted research for these projects in China, Taiwan, Japan, Britain, and India.

Anne has taught at Williams College since the fall of 2005.  Her courses include a two-semester survey of Chinese history (earliest times-present) as well as courses on China since 1949, gender and family, the Mongol Empire, and merchant cultures in China and India.

She holds a Ph.D in history from Princeton University, an M.A. in Asian Studies from the University of California, Berkeley, and an A.B. from Harvard University.  She grew up in Lexington, Massachusetts.

Loretta Shen ‘11 – Formation of a Lost Generation: The Sent-Down Movement and the ‘Three Old Classes’

Megan Brankley ‘08 – When a Patron Falls: Contesting the History of 1965 in Post-Suharto Indonesia (with Eiko Maruko Siniawer)

Estalyn Marquis ’06 – Desire and the City: Sex and the City and the Impact of Popular Media in the People’s Republic of China (with Christopher Nugent)