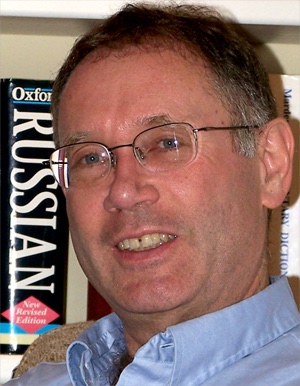 Dr. William G. Wagner, a celebrated historian of modern Russia who was an integral part of the Williams College community, including as Brown Professor of History Emeritus and former Interim President, died peacefully of natural causes on September 12, 2021, in Williamstown, Mass. He was 71.

Professor Wagner was born on May 28, 1950, in Erie, Pa., to Aaron Wagner and Mary Frances Wagner, neé Gilson. He graduated from Strong Vincent High School an Eagle Scout. At Haverford College, he played on the varsity football team and designed his own major in Russian Studies. Haverford subsequently formalized the major.

After obtaining a B.A. in Russian Studies from Haverford in 1972, he married his junior high school sweetheart, Linda Hammond, who was his lifelong friend and partner. The two journeyed to Oxford, England, where he pursued and earned a B.Phil. in Russian and East European Studies from Oxford University in 1974. Initially drawn to the law, his experience in Oxford instead grew his passion for Russian history. In 1981, he earned his D.Phil. in Modern History, with a concentration on pre-revolutionary Russia, from Oxford in 1981. His doctoral thesis led to the publication of his first book, Marriage, Property, and Law in Late Imperial Russia, which explores the role of the courts and jurists in shaping legal culture, political ideologies, and personal identities during the last decades of the tsarist regime. It was awarded the Barbara Heldt Prize for Best Book in Women’s Slavic Studies in 1995.

Professor Wagner was the author and editor of a number of books and articles. His most recent scholarship focused on women and the interrelationship between religion and modernity in Imperial and early Soviet Russia. His thoughtful, thorough, and meticulous research on women and religion in Russia, and in particular a study of a convent of Orthodox nuns in Nizhnii Novogorod, was quietly pioneering in the field of social history. His work has been supported by grants from the National Endowment for the Humanities, the American Council of Learned Societies, and the International Research and Exchanges Board. He has been a Research Lecturer at Christ Church College, Oxford, a Senior Associate Member of St. Antony’s College, Oxford, and a Visiting Scholar at the Harvard Divinity School.

Professor Wagner joined the history faculty at Williams in 1980 and moved to Williamstown with Linda and their daughter, Katharine. For 37 years, he served as a respected faculty member and a gently influential college leader, a beloved scholar and an important community member. Respected by staff, faculty colleagues, and students, he served as Chair of the History Department, Assistant Dean of the College, Director of the Williams-Exeter Program at Oxford, and chaired a number of college committees.

In 2009, while serving as Dean of the Faculty, Williams’s Board of Trustees unanimously appointed Professor Wagner Interim President following the departure of President Morton Shapiro. Taking on the leadership of Williams during the financial downturn, he faced unforeseen and incomparable financial challenges. Under his stewardship, Williams navigated the financial downturn without resorting to the layoffs many other higher educational institutions were forced to undertake. After stepping down as Interim President in 2010, he resumed responsibilities as Dean of the Faculty, followed by a return to the History Department, teaching, and his own research. 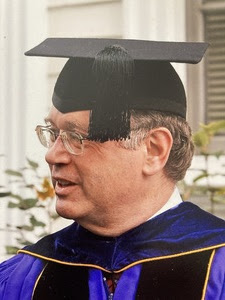 Although his impact on the Williams community as an administrator was significant and endures to this day, he was at heart a historian and educator. He imparted his passion for history—and Russian history in particular—for more than three decades, designing courses covering the wide arc of Russian history and mentoring history students through their degrees and beyond. His courses included ‘Fin-de-Siècle Russia: Cultural Splendor, Imperial Decay,’ ‘Muscovy and the Russian Empire,’ ‘The Rise and Fall of the Soviet Union,’ and ‘Reform, Revolution, Terror: Russia, 1900-1939.’ A former student recalled that, whenever he taught, he “always had a little smile on his face, as if looking to share some great story from Russian history.”

In 2018, Professor Wagner retired, taking emeritus status, with his wife, Linda, to their home and magnificent garden in Williamstown, Mass. There he enjoyed spending time with his wife and completing his final work, a book on the Orthodox Sisters. He is survived by his wife, Linda Wagner, his daughter, Katharine Wagner, of Washington, D.C., and three brothers and their spouses.