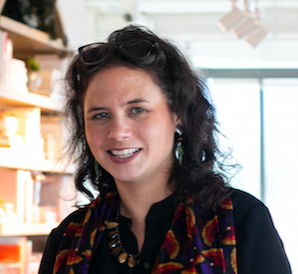 Kendra Taira Field
Professor of History and Director of the Center for the Study of Race and Democracy
Tufts University
A Virtual Talk
Thursday, October 22
4:30 PM via Zoom Link
Meeting ID: 919 7760 3941
Passcode: history

Dr. Kendra Taira Field is Associate Professor of History and Director of the Center for the Study of Race and Democracy at Tufts University. Field is the author of Growing Up with the Country: Family, Race, and Nation after the Civil War (Yale University Press, January 2018). The book traces her ancestors’ migratory lives between the Civil War and the Great Migration. Field also served as Assistant Editor to David Levering Lewis’ W.E.B. Du Bois: A Biography (Henry Holt, 2009). Her current book project is about the African American genealogical quest from the Middle Passage through the present. In this vein, Field is co-convening a 2019-2020 Mellon Sawyer Seminar on the politics of kinship, “Defamiliarizing the Family: Genealogy and Kinship as Critical Method.” Field has been awarded fellowships from the Ford Foundation, the Andrew W. Mellon Foundation, the Huntington Library, and Harvard University’s Charles Warren Center in American History. She is the recipient of the Western Writers of America’s, 2017 Spur Award for Best Western Short Nonfiction, the 2016 Boahen-Wilks Prize, the OAH’s Huggins-Quarles Award, and was a finalist for the Museum of African American History’s Stone Book Prize. Field has advised and appeared in historical documentaries including Henry Louis Gates, Jr.’s “The African Americans: Many Rivers to Cross” (2013) and “Roots: A History Revealed” (2016). Field received her Ph.D. in American History from New York University. She also holds a Master’s in Public Policy from Harvard University’s Kennedy School of Government and a B.A. from Williams College. Previously, Field served as Assistant Professor of History at the University of California, Riverside, and worked in education and the non-profit sector in Boston and New York.

Sponsored by the Department of History, Africana Studies Program, and the Office of Special Academic Programs/Institutional Diversity, Equity, and Inclusion

War Diary: The Life of the Mind During the Siege of Leningrad
Williamstown: Living on Mohican Homelands
History MENU